Comedy Only Subscription
Comedy lovers will get to enjoy 12 of our comedy shows - $120+ value for only $50. Get your laugh on at all 9 of our monthly Comedy Lab shows AND our annual Mainstage Comedy shows - That's What She Said, Uncorked Comedy and Joketoberfest.
Buy Tix
​Theatre Only Subscription
Theater lovers will get to enjoy 4 theatrical productions from us - a $75+ value for only $50. Enjoy our Mainstage Productions - the adult musical Avenue Q, the all ages classic romantic comedy Pride & Prejudice, plus our annual Murder Mystery event and a performance of James and the Giant Peach by our Stagecraft Campers. ​
Buy Tix

Ave Q
​Filled with gut-busting humor and a delightfully catchy score, not to mention naughty puppets, Avenue Q is a truly unique show that has quickly become a favorite for audiences everywhere.

Pride & Prejudice
​This isn’t your grandmother’s Austen! Bold, surprising, boisterous, and timely, this P&P for a new era explores the absurdities and thrills of finding your perfect (or imperfect) match in life.​ 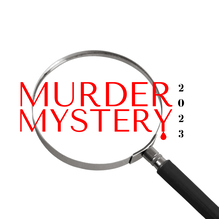 Murder Mystery​
Enjoy a formal evening of fine wine and delicious dinner with a side of murderous mayhem! This interactive show is a whodunnit like none other!

James and the Giant Peach Jr.
A delightfully offbeat adaptation of the classic Roald Dahl adventure, a boy and his insect friends take an amazing journey across the ocean.

A lineup of 5 hilarious Bay Area Comics who have performed all over the Bay (and the world!) bring the laughs.

That's What She Said
Saturday, March 18, 2023
8pm
Location TBD
A lineup of 5 fabulous and female stand up comedians will bring the laughs to a fun venue near you! This is always our funniest comedy show of the year, do not miss it!
Buy Tix 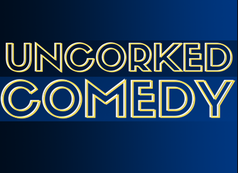 Uncorked Comedy
Saturday, June 3, 2023
7pm
TwiningVine Winery, Castro Valley
Enjoy standup comedy under the stars and by the vines. It will be a delicious and hilarious night with a lineup of 5 established Bay Area comedians performing at the beautiful TwiningVine Winery.
Buy Tix 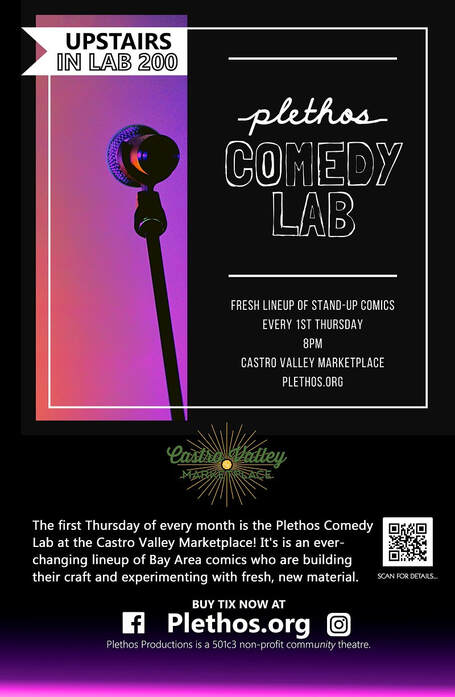